Personal Injury Question: Are You At Fault if Someone Cuts You Off and You Smash Into Them?

Personal Injury Question: Are You At Fault if Someone Cuts You Off and You Smash Into Them?

Victims of vehicular accidents often wonder if they are partially at fault if someone pulls in front of them on the roadway. If someone cuts you off and you smash into them, it is easy to see why you might feel at least somewhat responsible for the crash.

Vehicle accidents can be complicated affairs. With so many cars and trucks on our roads daily, it is truly amazing that more accidents don’t occur. When accidents do happen, they can be devastating and sometimes deadly.

Let’s look a little deeper into this case to get some clearer answers to this very common personal injury question. 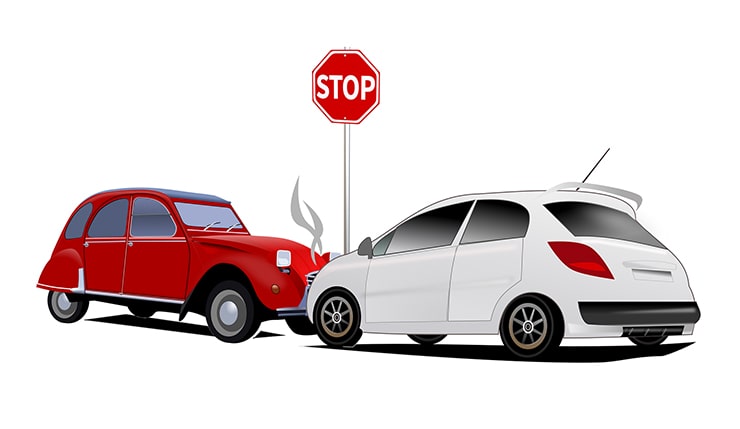 Who Is At Fault in an Accident?

To analyze this question, it helps to understand the law. Lawyers are able to prove crash liability based on a few factors.

A big indicator that another driver is at fault in an accident is when you sustain damage to your passenger side door only. This indicates that a driver hit you instead of the other way around.

However, other pieces of evidence would be needed, as vehicle damage isn’t enough to prove liability on its own. It is a piece of a puzzle that a skilled lawyer will put together for a jury or judge in order for a decision to be made. If the other driver sustained heavy damage to the front of his vehicle and you sustained damage to the passenger side of yours, that paints a clearer picture that you were broadsided and that the other driver was most likely at fault.

The Scene of the Accident

A lawyer will take into account how the roadway or intersection is set up and what kind of driving maneuvers would be deemed lawful or a violation of the vehicle code. For example, sometimes people get tired of waiting in traffic and they use the left turning lane, in the middle of the street, to pass up all the traffic, which can cause an accident with those who intend the lane for turning left. Or an intersection can have a permission left hand turn, where there is no light to guide the traffic turning left through the intersection, in which case the person turning must always yield to oncoming traffic.

Were You Following Traffic Laws?

How do you prove that the other driver committed an illegal turn? Witnesses are an excellent first start. If anyone was present when the other driver pulled in front you, which then led to the accident, their statements provided to the court can help to back up your personal injury claim, leading to a win in your favor.

Using a camera in your car to capture everything in front of your vehicle while your driving is also a good way to prove the other driver was at fault.

Obtaining camera footage from nearby stores, office buildings, houses in the area, an apartment complex, city buses, and sometimes from cameras on the traffic signals.

If you can prove that you had the right of way, then generally, California Civil Jury Instruction, 452 Sudden Emergency, can be used to show that you were not at fault for the accident. This jury instruction states that the person who acts reasonably in an emergency situation is not negligent. It is reasonable for a driver who has the right of way to crash into someone who turns in front of them all of a sudden, since the driver with the right of way had no reason to think that the other vehicle would take such action.

Have you been injured and was it someone else’s fault?

Click the orange button below to have us call you.

How to Prove the Other Driver’s Negligence?

What if the accident happened, but there were no witnesses? Could the other driver simply accuse you of being liable for the crash?

Accidents are hectic situations. Your adrenaline is flowing, and moments after the wreck you find yourself taking stock of your health and surroundings. If you are unharmed, but your vehicle is damaged, you may want compensation to have your car or truck fixed. If you were harmed in the accident, you may want help covering your mounting medical bills, loss of wages, and rehabilitation to help you get back on your feet.

To increase your odds of obtaining a fair amount of compensation for your damages, you should gather as much evidence as you can the moment you are able. If you can’t gather evidence, have someone else gather it for you. Immediately following a vehicle wreck, you should call 911 to ensure the necessary emergency services are notified. Even if the ambulance is still en route, if you can, try to gather evidence. Every little bit counts.</p