Should We Trust Insurance Companies in Recording Statements?

If you have been hurt in a car accident recently, you will possibly want to pursue a personal injury claim. But do you know how to proceed with the claims process so that your interests remain protected?

In the United States, car accidents happen frequently. In fact, hundreds of thousands of vehicles crash or collide every year. Though we wish you and your family members to stay safe, accidents do happen. If you or one of your close ones is involved in a car accident, you should remain fully aware as to what you should do and what you should avoid doing. A lot of accident victims make mistakes after the accident. One of these is giving a recorded statement to the insurance company. At The Accident Injury Law Center (TAILC), we offer expert advice to car accident victims, so that you don’t make mistakes and you receive the maximum injury compensation for your loss.

Here is a brief guide to whether or not you should give a recorded statement when the insurance adjuster asks for it. 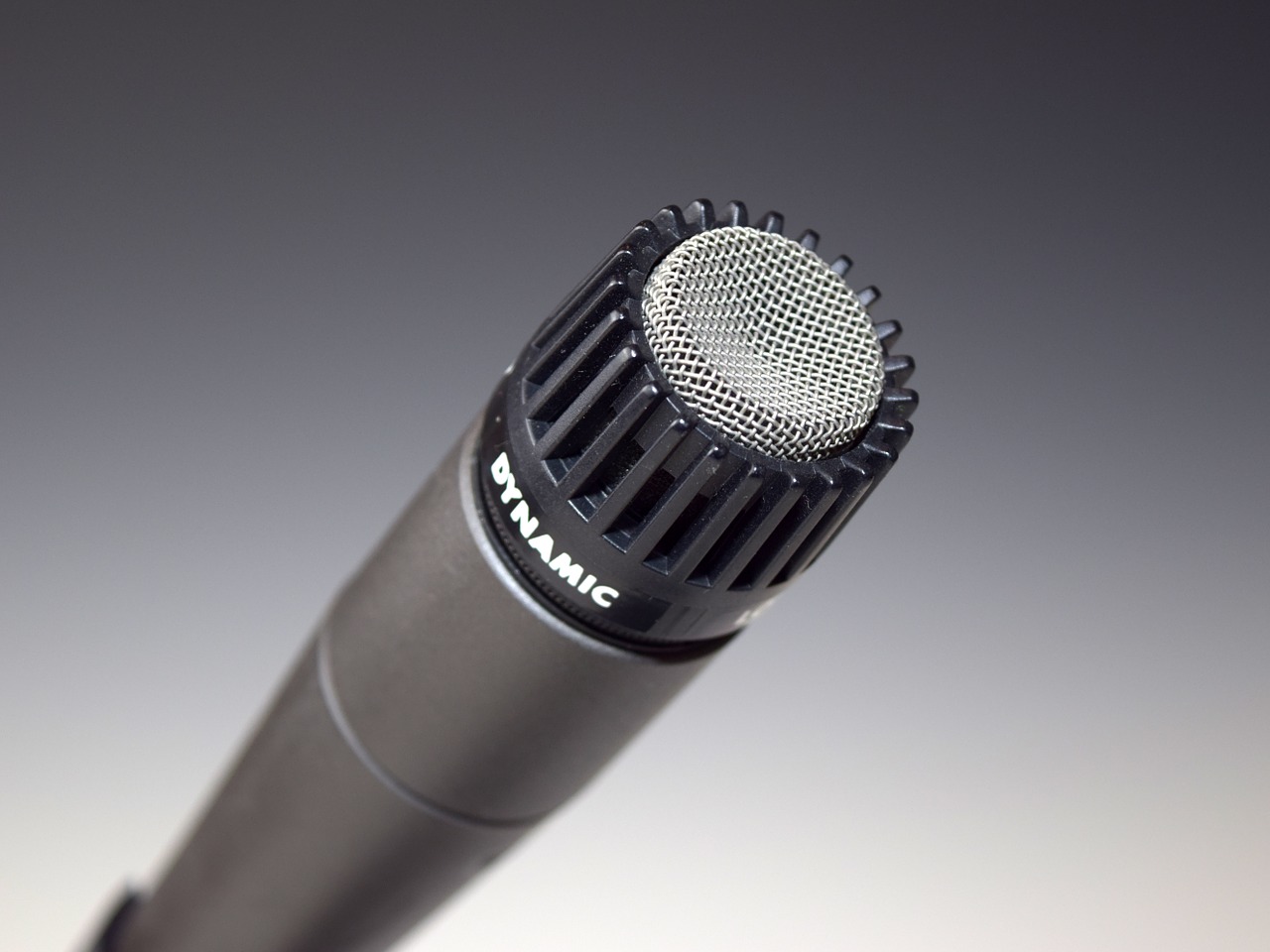 Consider Why the Insurance Adjuster Wants a Recorded Statement

If your car was damaged and you sustained injuries in the accident, one of the crucial things you will need to do is talk to the insurance company. You may be required to talk to either your own insurance company and that of the other driver’s. In both cases, you need to tread carefully. The insurance companies will want to pay as little as possible for your claim. In an effort to avoid their obligation to pay for all of your damages, they will try to take advantage of your trust in them. One of the ways they do this is by taking a recorded statement.

The statement the insurance company wants to record is something they usually intend to use against you. They want to catch you saying something that weakens your claim. It is not wise to provide such a statement without a lawyer to protect you from tricky questions. Most of the time, an insurance company will accept the written information that is included in a demand letter, instead of a recorded statement; however, unrepresented claimants are not aware of the fact that a demand letter can serve this purpose, so they feel obligated to give the recorded statement.

What Insurance Companies Hope to Get from a Recorded Statement

After you have informed the insurance company of the car accident you were involved in, the company will assign you an ‘insurance adjuster.’ The role of this person is to examine what happened and settle or deny the claim.

Usually, the claimant believes that the insurance adjuster is a nice person that is just trying to collect information to process the claim. But it doesn’t take long for a claimant to figure out that the real purpose of the insurance adjuster is to save their company as much money as they can. When an insurance adjuster records a statement, they will be seeking to get information from you that is likely to reduce the value of your claim. For example, the adjuster might ask you if you put on your brakes when their insured made a left turn in front of your vehicle. It doesn’t matter whether you did or did not put on the brakes, but the adjuster wants you to feel like you did something wrong, so that they can use it against you when negotiating your claim. If you did put on your brakes they would say you were driving too fast because you still were not able to avoid the accident – even after applying your brakes. If you did not put your brakes on, they will say that you are at fault for causing some of your injuries, because you should have applied the brakes to avoid hitting their insured’s vehicle. The truth is, which the insurance company adjuster will not tell you, is that no one is expected to react to a surprise situation in a perfect way. At The Accident Injury Law Center, our practice is to deny the request for recorded statements more often than we provide them, because in my experience it has rarely helped a client to obtain a fair settlement for their claim.

Given below are some examples of statements that will work against you and end up lowering the value of the claim amount.

Absolute Admission of Fault: When recording the statement, the insurance adjuster will want you to admit that it was completely your fault or that you are not sure who caused the accident. So, if you end up saying “I was at fault,” or “the accident happened because I was driving at high speed”, their job is done, you have just admitted that you are at fault or you are at least partially at fault.

If you give such statements in the form of an audio or video, your case becomes very weak and may lose most, if not, all of its value. The insurer will then have solid evidence to lower the value of your claim amount or they might even reject your injury claim.

Indirect Admission of Guilt: If you are wise enough to not directly admit the fault, the adjuster will try other techniques. These professionals are trained to ask questions that will lead to an indirect admission of fault. They might ask you questions in a way that you will end up apologizing for causing the accident.

If you say something that is an indirect admission or hints at guilt, their job is done. For example, you may say in response to a question – “I failed to see the other car coming” or “I regret taking a swift turn,” or “I’m not sure if the light was green” – which doesn’t matter because you still cross an intersection when it’s yellow.

Therefore, beware you do not make any comment or make an apology that can work against your best interests.

Denial of Serious Personal Injury: The most important thing that makes your claim a strong one is a serious injury. When talking or recording a statement with the adjuster, many victims will say something to diminish the seriousness of their injuries.

Lots of people, just after an accident, especially if it’s the same day, do not yet feel all of their injuries. So insurance adjusters often try to get a recorded statement right away, or as soon as possible, before the injured person has been to all the doctors they need to go to and before they feel everything that is wrong with them. If you end up making statements such as “I am not bad” or “I am doing fine” or “I only feel a little pain in my left leg”, they will later say any subsequent injuries that you claim are from the accident cannot be from the accident, because you did not mention them in the recorded statement. It’s best not to give a recorded statement at all and just to get the treatment you need, then have your lawyer list your injuries in a demand letter, once you know what all your injuries are.

Therefore, you should never agree to give a recorded statement or an interview when the at-fault party’s insurance adjuster calls you to ask for one, because they are hoping that you are not yet represented by counsel and that you are unaware of the purpose of such a statement. The best piece of advice is to avoid this pitfall and get in touch with an attorney immediately.

What to Say When the Insurer Calls You

Now that you understand how insurance companies will want car accident victims to fall into their trap of providing a recorded statement, which is generally used for the purpose of lowering the value of the claim, you should stay alert when you receive a phone call from the insurer.

If the adjuster calls you, what you can do is say that you are considering hiring an attorney and you do not want to make any statements or sign anything until you get a lawyer. Or, you can simply say that you will call them back after seeking some legal advice. Since you do not know what a recorded statement includes and how exactly you should answer their questions, your best bet is to not provide a statement. This will help you a great deal and keep your interests protected.

What Does a Recorded Statement Include?

There could be many more questions, but these are the basic questions to expect; most of which can be answered by just reading the traffic collision report. If you are not prepared ahead of time, you can easily make mistakes while answering. And if you do make a mistake, the adjust will use the mistakes you make to devalue your claim.

Talk to a Personal Injury Attorney for Help

Remember, you do not have to provide the at-fault party’s insurance company a recorded statement. If your own insurance company wants a recorded statement, your policy may require you to provide one, but you can still have a lawyer on the call with you while you are providing the statement. While it is your duty to inform the insurer about the accident and that you have been injured, you can do that without being recorded, and usually just calling to open a property damage and injury claim is sufficient to get your claim started, you don’t have to go into a lot of details about the accident or your injuries at that point, you only need to let the insurance company know that you were in an accident, who you think caused the accident, and that you are treating for injuries resulting from the accident.