The Accident Injury Law Center (TAILC) wants to provide you with experienced and compassionate legal representation. As an Orange County area personal injury law office, we are proud to have established a reputation for offering top-level legal services for injured individuals in the great state of California. In fact, many of our clients come to us after a recommendation or referral, either from previous clients or other attorneys.

We are staunch victims’ rights advocates, which means that you have someone on your side who will fight for your right to receive adequate compensation for the accident or injury you experienced. We strive to keep you updated every step of the way and work hard to make the claims process easy for you and your family. If you require the services of a personal injury lawyer, you can count on TAILC to handle the burden of making your claim and following your case through to the very end.

We have vast experience working with clients just like yourself and handling a wide range of personal injury cases. We have the skills and resources to protect your interests both inside and outside of court and can help you get the fair compensation you deserve for your personal injury case.

Why You Should Work with The Accident Injury Law Center

Been Injured? Was It Someone Else’s Fault?

Call (714) 591-0661 to speak to an experienced Orange County personal injury lawyer for free or click the button below to have us call you.

About Moses A. Yneges, Esq. 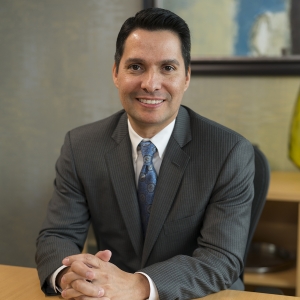 Moses Yneges is the founder of The Accident Injury Law Center. Mr. Yneges got his start in personal injury law as a paralegal in the late nineties. Inspired by the personal injury attorneys he worked with, Mr. Yneges decided to return to school to obtain his Bachelor’s Degree in Accounting and then continued on to law school. Mr. Yneges fulfilled his goal of finishing law school in late 2002, passed the California State Bar in 2004, and began working as an insurance defense attorney in 2005. It was during this time that Mr. Yneges learned how to litigate claims from the defense perspective.

It didn’t take Mr. Yneges long to realize that he was on the wrong side of the legal system. Two years later, Mr. Yneges decided to go into business for himself. He opened his law office in January 2007 and has since made it his main objective to help clients get just and fair results for their personal injury claims.

Mr. Yneges is known for his personable and caring nature and for his ability to actively listen to his clients’ concerns. Mr. Yneges is detail-oriented and takes the time to understand the extent of each of his clients’ injuries. Mr. Yneges enjoys serving his local community and he loves being an attorney that others can count on when it matters most.